Journey to the Center of the Brain: Part 2 – Stress Management 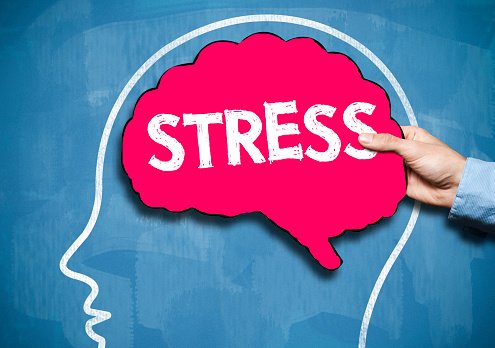 Journey to the Center of the Brain

“Science, my lad, has been built upon many errors; but they are errors which it was good to fall into, for they led to the truth.” – Jules Verne, Journey to the Center of the Earth

When I consider stress management as a part of brain science, I believe this Jules Verne quote holds water. For many years, I lacked a working knowledge of what happens inside my head when I am under pressure. I did not have effective psychological tools to manage adversity, and my helplessness led to overwhelm. Today, one of my favorite parts of working as a clinical counselor is helping clients better adapt to overwhelming experiences like I once had. This series, which I call Journey to the Center of the Brain, is meant to be my reflection on how humans can best explore their internal world (a little like Jules Verne’s Professor Otto Lidenbrock explored the earth’s core). In my first blog post of the series, I introduced, defined, and investigated the major segments of the brain to set the foundation for this topic. In this post, I outline how humans can effectively manage stress. Often, my clients find it relieving to understand what happens neurologically when they are overwhelmed. This type of education normalizes what is within their control and responsibility. Beyond that, I have also watched my clients experience tremendous emotional freedom by learning new stress management skills using brain science. Doing so allows them to adjust their relationship with their internal pressure, making it easier for them to respond to versus react to stress. Let’s take this journey into stress management together.

In my prior post, I outlined what happens in the human brain when it becomes stressed or alerted. I want to summarize those brain mechanisms again using a hypothetical character named Esther. While at work, Esther receives news that her son was disciplined by school administrators for something deemed “egregious.” Esther hangs up the phone and freezes; this is not the first time her son acted out at school. Her internal shame skyrockets. After a moment, she regains movement and packs her things to meet with the administrators. Esther’s amygdalae, the brain’s alert centers, fire repeatedly. Esther thinks about all that her son might have done inappropriately and what that means for his future. She also considers the work she will miss that afternoon and how it will impact her week. This leads to emotions like fear, concern, frustration, and more embarrassment. Esther’s emotions cause a flood of neurochemicals that activate her hypothalamus (the quarterback of the brain) and hippocampi (the memory centers of the brain). The hypothalamus sends signals to the pituitary gland, which activates the endocrine system, flooding Esther’s body with adrenaline and cortisol. Esther forgets her pangs of hunger from missing lunch, and the weight of her work bag diminishes despite her shoulder cramps. Esther’s relational circuits shut down; she completely disregards the concerned questions from her co-workers during her furious departure.

So much of what is happening in Esther’s frantic, internal world can be described in a psychological tool called the polyvagal process, or polyvagal theory. This process was discovered through research by Dr. Steven Porges (1). Psychotherapist Ruby Jo Walker (2) created an excellent graphic to summarize Dr. Porges’ work; it is labeled Polyvagal Chart and found below. The chart summarizes the typical movement within the human brain as individuals like Esther navigate stress arousal and deactivation. The movement is exemplified by the black line moving from left to right. The chart also shows what is happening within the body on the right-hand side of the graphic as Esther navigates through three physiological states: social engagement (ventral vagal), fight/flight (sympathetic), and freeze (dorsal vagal). The polyvagal theory is based on the concept of neuroception, a term coined by Dr. Porges (1). It describes how “the body assesses threats in the environment as determined by our nervous system” (2). Most individuals with secure attachment and resolved trauma exist in the ventral vagal day-to-day, but they move up through sympathetic or dorsal vagal when life feels threatening. According to neuroception – anything external (e.g., a difficult phone call) or internal (e.g., a feeling of embarrassment) can initiate a perceived threat to the body, at which point the body and brain react in fight, flight, or freeze! 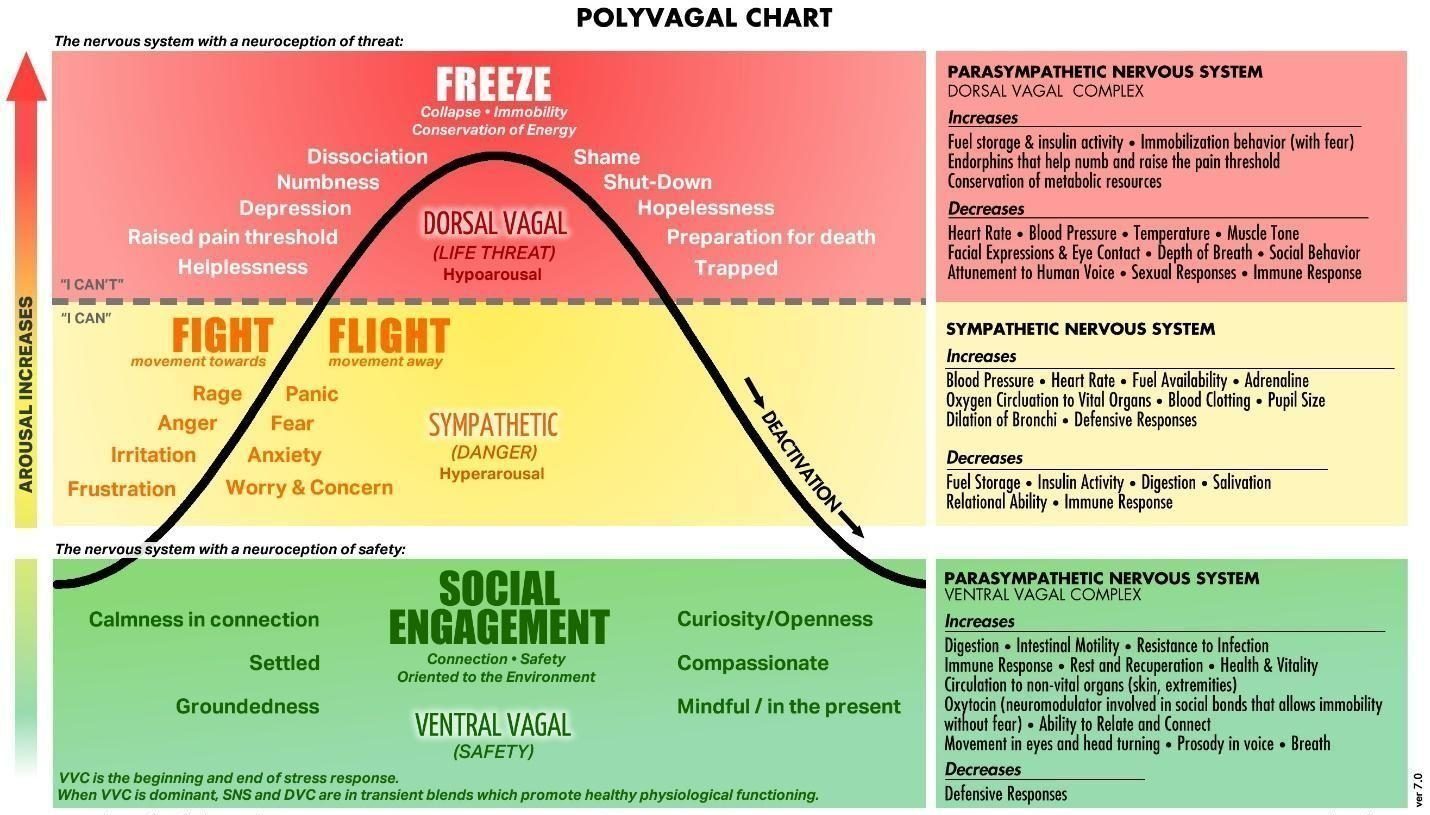 Let us return to Esther.  When Esther’s body felt threatened, it communicated with her brain. Her brain was not prepared to know how to respond, so it acted out a pre-programmed or automated series of thoughts and behaviors to keep her safe. By that, I mean Esther acted like she was taught to act as a young person by her loved ones. For some people, that means outwardly expressing irritability or aggression. For others, it means pursuing solutions to fix the situation in order to relieve stress despite how those fixes impact people. For others, it can mean taking deep breaths, calming the body, and problem solving with others collaboratively. And so on. When I tell my clients about this, they quickly note their caregivers rarely taught them how to handle stress. This aligns with attachment science; most parents model for their children how to respond to stress by how they handle their own internal pressure (3). This perpetuates generational trends until healthy stress management is explicitly taught. Below, I outline two hypothetical situations – one where Esther acts on the behaviors modeled to her by her family and how that pans out. In the second, I detail a more helpful response that Esther learns despite her early family experience.

Esther was raised by loving but emotionally unhealthy parents. Her father, Abraham, used his work to distract himself from hardship. He had a difficult time managing his emotions, so he stuffed them. He grew up in a home with an alcoholic father. As an adult, Abraham vowed his wife and children would never experience the emotional explosiveness of his early childhood, so he kept himself safely detached from Esther. Esther’s mother Priscilla was kind though emotionally lively. At times, she was calm and regulated, but when adversity hit the home, she became noticeably upset, and she stayed that way until external circumstances settled. Now a young mother herself, Esther’s childhood left her confused and fatigued about how to model emotional health. When Esther was called to the principal’s office for her son, she acted as usual without thinking much about it. Initially after the call, she froze (moving up to dorsal vagal). She stuffed her emotions and cycled distressing thoughts (entering flight, or sympathetic state) like she saw her father do. When stuffing the emotions no longer worked, Esther acted a lot like her mother. Esther arrived at the school, snatched her son, drove home, explained his punishment, and paced around the house erratically (still in the sympathetic state). She said things to her son that she later regretted. After a few hours, the pacing slowed, and she sat down on the couch for some rest (deactivating her stress and returning to dorsal vagal).

Esther’s prior reaction was more automated than practiced, because like Esther, few people practice healthy stress management. Here comes the good news. With the help of emotional regulation education, and even coaches or therapists, Esther can begin to understand her tendencies and develop new, healthier habits. In brain language, developing new habits means creating new neural networks and processes so that Esther governs her internal system (i.e., amygdalae, hippocampi, hypothalamus, and pituitary gland interactions) during threats versus the opposite. Chris Coursey (4) talks about these improved neural networks and habits as brain skills in his book Transforming Fellowship. In this second hypothetical situation, we can assume that Esther has been working with a therapist on how to respond to her stress arousal differently. When she finds out about her son, her body and brain react by sending her toward the dorsal vagal state, but Esther is self-aware about what is happening inside her. She takes ten deep breaths, grounds herself, and journals her emotions for a couple minutes like her therapist taught her. She knows she feels angry and embarrassed, but she also experiences sadness for her son’s struggles. She prays to God that he might give them strength and reads her favorite scripture while envisioning God noticing her. She feels her heart rate dropping, though she knows she is still in the sympathetic nervous system’s fight or flight. She packs her things, and on the drive to school, she calls a dear friend to talk. Her friend’s soothing voice helps Esther deactivate so that when she enters the building, she can empathize with administrators and her son.

Esther’s background may be very different or similar to yours. However, I imagine her experience moving through the polyvagal process relates to you in some way. Regardless of how you react to your stress, take heart. Through education and training, you have the potential to learn skills to make your less healthy, programmed reactions turn into healthier, practiced responses. Tune back in a few weeks from now for my third and final blog post of this series, when I take a similar approach to journeying into brain science on the topic of compulsions and addictions!

Journey to the Center of the Brain: Part 1 – An Introduction

Journey to the Center of the Brain: Part 3 – Compulsivity and Addiction 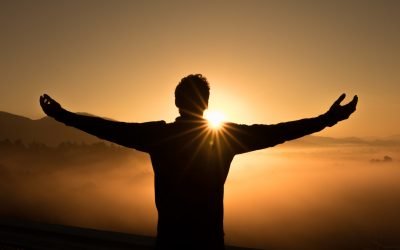 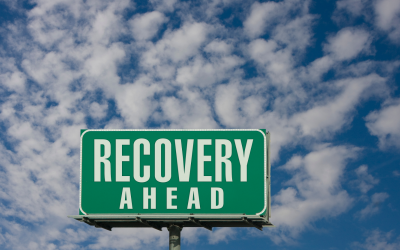 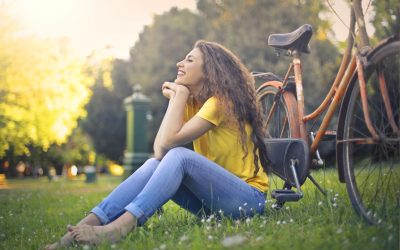