Building a Better Marriage: The Power of Perspective 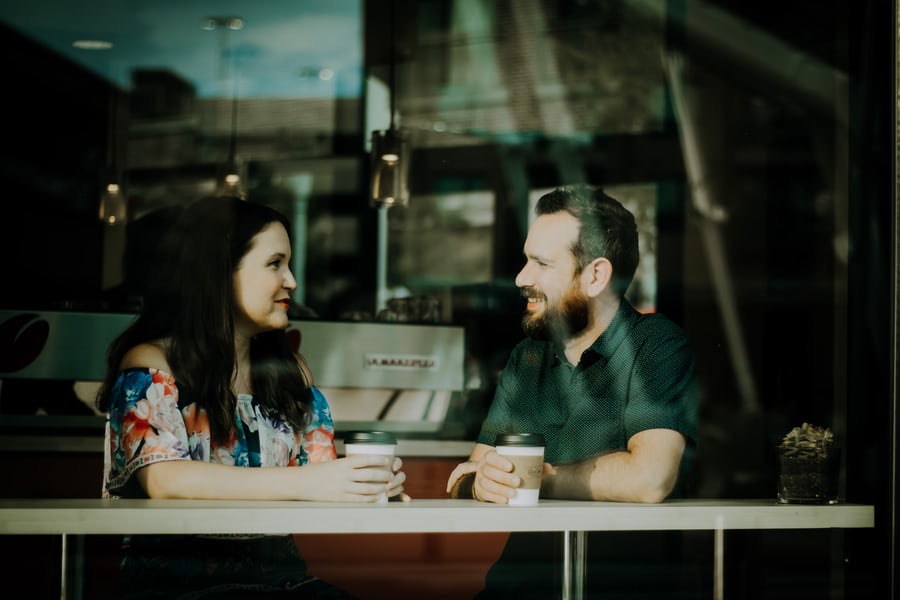 Everyday people wake up wondering how they can make today better. Every evening, people go to bed wondering, “What happened to all that hope I had this morning?” It is perfectly normal for “life to happen,” and things to go differently than hoped in any life circumstance or relationship, but when the disappointments are focused on a marital relationship, the pain is even greater.  In my counseling experience, clients dive deeply into despair when their hope in this crucial relationship with their partner isn’t going well.

When things are good, marriage is an absolute wellspring of joy and affirmation – seeing your partner’s face, hearing their voice, holding their hand, and sharing their thoughts and feelings with that unique person who loves, gets, and cherishes you is the greatest experience life has to offer. When things are bad, this relationship, which has been a reservoir of strength in the past, has now become a deep source of pain.

So how can we do better at what we deeply want to be the best of all our human relationships? Great question. This series will look at three aspects of marriage that can be developed and strengthened to move us more consistently toward joy and fulfillment. In this first blog, we will begin by exploring the power of perspective.  Next, we will look at crucial communication skills to foster reciprocal understanding between partners, examining the often unspoken, unconscious expectations we carry into our relationships. Finally, we will discuss how to nurture and sustain an environment of mutual admiration and affection.

Most couples seek marriage therapy from me because they feel unfulfilled and disconnected due to disagreements and emotional distance in their relationship. As each partner shares their story, it becomes evident that each partner seems to be describing totally different narratives.  It is as if they are living different lives but experiencing the same plotline. The following illustration helps to get this point across:

Recently, I attended a high school play called What Happened. As the auditorium lights dimmed, the stage lights revealed a simple set consisting of a front door, dinner table and kitchen area. The narrator announced the first scene: “What SHE saw happen…” A young woman in business attire entered through the door, struggling with both hands full of bags of groceries, car keys, mail, her purse, and a briefcase, her bangs falling across her face as she tries wearily to blow her hair out of her eyes. Exhausted, she carefully set bags down on the kitchen table and dragged herself to the sink. Pouring herself a glass of water, sighed deeply, and noticed a bottle of wine nearby. Just then, her husband walked in, slamming the door heavily behind him. Raising his voice and throwing his phone across the room, he yelled “YOU WILL NOT BELIEVE THE DAY I JUST HAD!” She picked up the bottle of wine, looked at it for a second, then softly said to herself “Yeah, right… I don’t need this.” She puts the bottle back away.

The lights dimmed as the stage cleared for scene two, and the narrator again chimed in with “What HE saw happen”. The lights came up on the same scene, but this time, the young woman came through the door slamming it hard behind her, tossing a single bag of groceries toward the table, cans and produce rolling across the floor. She kept her gaze locked on to her phone, giggling to herself as she said: “Ha yeah! LOL, right back at ya sister!” She skipped to the sink. She started to pour a glass of water when the door opened – the figure of a businessman, disheveled and exhausted, crawling through the door, panting heavily. Gasping for air between each word, he desperately whispered: “You… will not… believe… the day… I just… (coughs heavily) I just had!” before grasping his chest and collapsing on the floor. His wife never turned to face him; instead, she rolled her eyes before she spotted the bottle of wine, pulled the cork, tossed it over her shoulder in his direction, and wryly intoned “YEAH RIGHT, I don’t need this!” She  proceeded to turn up the bottle as the lights dim and the audience howled in laughter.

The narrator softly and slowly announced the third act: “What actually happened…”. The lights brightened for the last time as the woman quietly walked in the door. She softly sat two small bags of groceries on the table. She didn’t say a word as she slowly made her way to the sink to pour a glass of water, never quite getting around to turning on the faucet. She stared out the window, tired and lost in her thoughts. Meanwhile, the door quietly opened as the husband hesitatingly walks in, glanced at his wife standing solitary by the sink… and a word started to form on his lips, but then he stopped short. He turned slowly, sadly, and silently to walk out of the room alone.

What this short play illustrates is a powerful truth: reality is all a matter of perspective. Think of how often we witness a disagreement between others and then are surprised to hear the widely divergent views the two parties had on what actually occurred? Examples of this have played out in my counseling room through comments like: “then she said this, while I calmly said…” or “he was shouting and throwing things” to which the typical reply was, “I did not – you are totally exaggerating – that’s not what happened at all!” All of this begs the question – who was right? The surprising answer is: both of them!

Scott Mahle once said: “You can be right or you can be married”. There is much wisdom here! When we get stuck trying to do a post mortem on a conflict, everything quickly degenerates into a discussion of who is the most guilty in the conflict. These discussions are best left to Deity as all humans are biased observers.

Because we all have our unique perspective, emotional history, and personal biases, that means every partner has his or her “blind spots”. Psychologists have a name for this: “affirmation bias.” It refers to our tendency to view ourselves in the best possible light while seeing those we disagree with in the worst ways. Think of how it works when you are driving on the freeway. A car cuts you off and speeds away as you mutter to yourself about how that driver was reckless, inpatient, and an idiot. “Someone could have been hurt!” we might say as we congratulate ourselves on not being like that driver. Yet, when we cut someone off or drive too quickly, it is because we have a perfectly justifiable reason for doing so. For instance, we are late for a doctor’s appointment, maybe rushing to pick up a sick child at school, or perhaps simply didn’t see the other car when we pulled into their lane. In any case, we give ourselves grace and mercy while tending to “throw the book” at others when they do it. We are all victims of our own limited perspectives. It can be unsettling in traffic, but it is a real problem in relationships!

This matters in marriage because we can get lost in the details about what happened and how we feel about it while invalidating our partner’s feelings and perception of what he or she experienced. When we cling to the goal of proving that everything is just a misunderstanding due to our mate’s incorrect assessment, we end up fueling further disconnection and emotional withdrawal. The side effect here is completing missing the close connection we crave due to our need to be right or at least less at fault than our partner.

A better way for us to handle conflict is to start learning how to hear our partner more clearly. We may still disagree about the particulars, but big benefits await when our attention shifts from arguing about legalities to focusing on understanding the one we love. It’s about care and nurture – not debate and winning.  Now, some may object to this, wondering if this is an invitation to be a “doormat.” Critics might see this as opening the door for one partner to manipulate and dominate the other. That is a false dichotomy. Rather than being a binary choice between debate or subservience, there is a middle path where couples can learn to hear each other out as they share their lived experiences and perceptions. They can connect around their own unique “reality” of the moment in question.

Recognizing the power of perspective is a great start in learning to relate better in marriage.  In the next blog in this marriage series, we will look at how powerful it can be when we shift from winning a debate to seeking to understand one another.  Learning to balance perspectives and then understanding how to shift from needing to win to being united will bring your marriage to the next level.  Stay tuned for part two of Building a Betting Marriage!

Trauma Resiliency in Children and Adolescents

Trauma Resiliency in Children and Adolescents 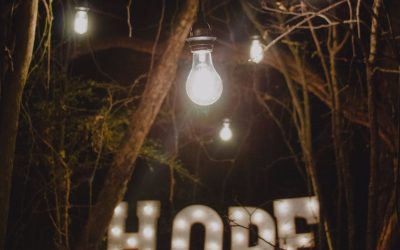